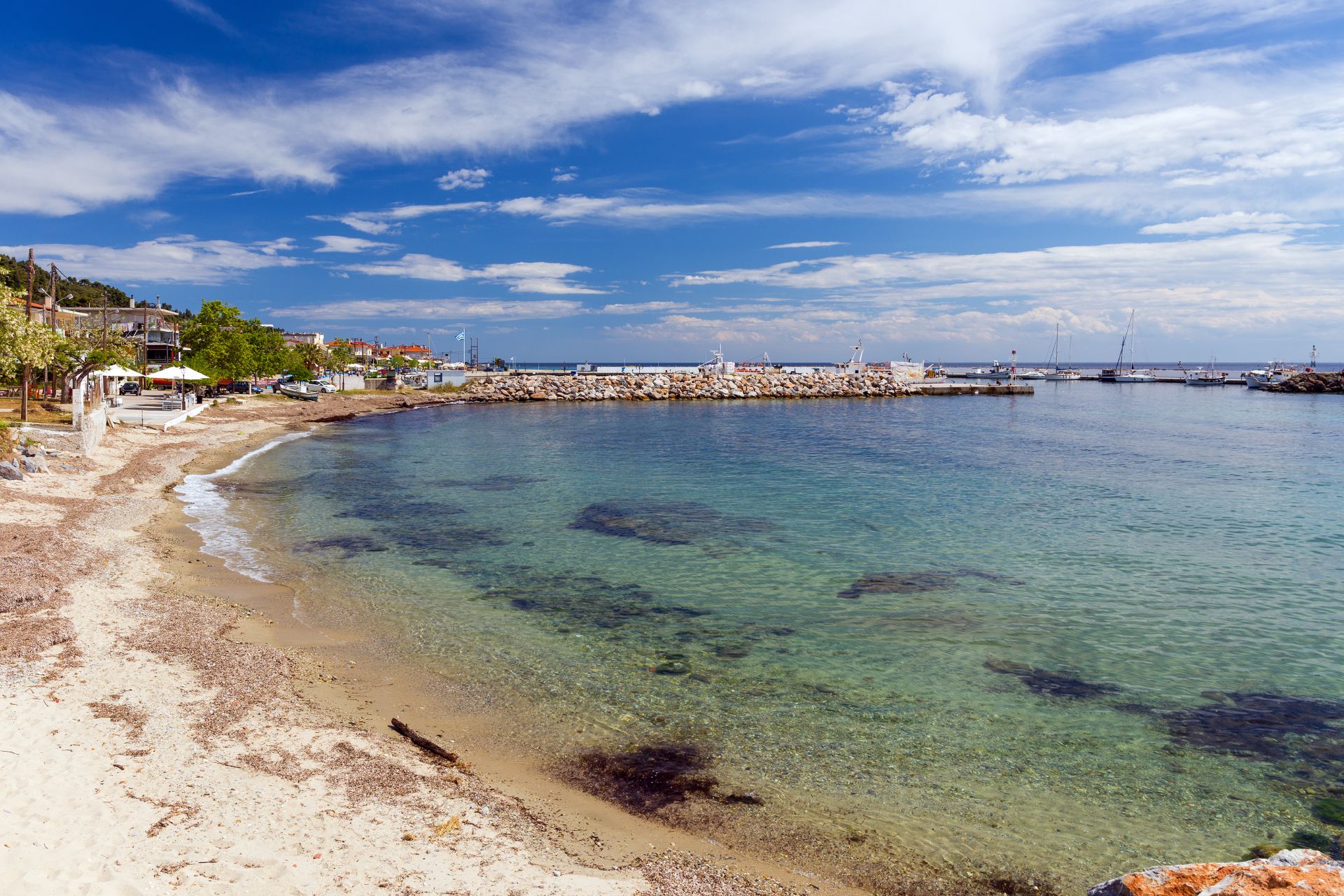 New Skioni founded in 1918 to the point where there was a fishermen’s huts. It is built near the ancient city Skioni. The old village, initially, was on the mountain, called Tsaprani and abandoned in 1930. The new village was named after the ancient Skioni, who was the oldest colony of Halkidiki. As the historian Thucydides, was built shortly after the Trojan War from the Peloponnese Pellini, who parked in the area to overwinter. It is said, indeed, that the captives Troaditisses brought with them the settlers, burned their ships forcing them to marry and stay with them forever. After the Median war, the village was a member of the Delian League. During the Peloponnesian war joined the Lacedaemonians and Athenians angry punish Skioni massacred men over 18 years and now deserted city of fugitives settled Plataea. The ancient Skioni flourished in Roman times and is not known when it was destroyed completely. The residents of Skioni (Tsaprani) participated in the revolution of 1821. A great fighter of the revolution of 1821 was Nicholas Stergiou. The village is 110 km (east) from Thessaloniki. Noteworthy are the Church of Our Virgin Mary Revealed, dating from the 16th century and is located 2 km from the village, on the ancient shadows. In the temple houses the image of the Virgin Mary painted on upright marble statue base. The popular belief says the image came up here sailing from Thessaly. When She was discovered by the villagers, collected and admired. This small, whitewashed permanently, the church is dependent area of ​​the monastery ash. Located near the beautiful beach of the same name, on the way to New Skioni. It is built right on the bank and hosts magnificent frescoes of the 16th century. Today, New Skioni spread around the magnificent harbor, where fishing boats after fish, supplying fresh fish taverns of the village. Its inhabitants are mainly engaged in tourism. On the beach, which has been awarded a blue flag, vacationers have the opportunity to admire the dolphin games, often approaching the coast. One of the activities has been established in New Skioni is” the” anchovy festival in early August and includes cultural events lasting 3 days. Attendees have the opportunity to have fun during the events held at the beach, enjoy local wine and fresh fish accompanied by traditional music. 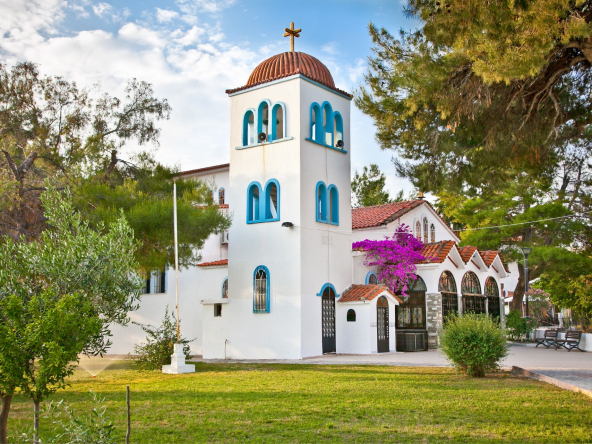 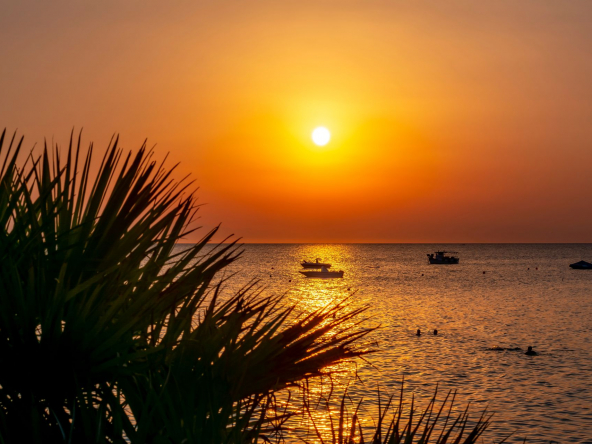 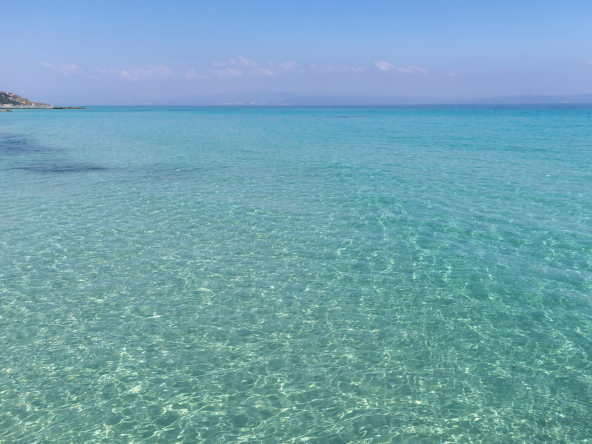 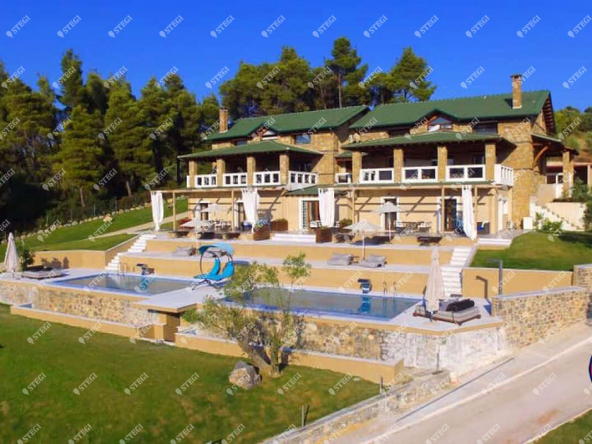 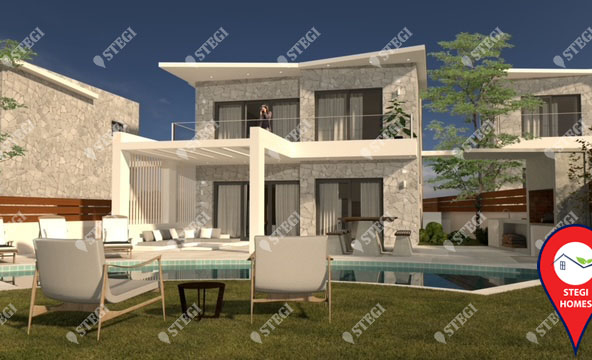 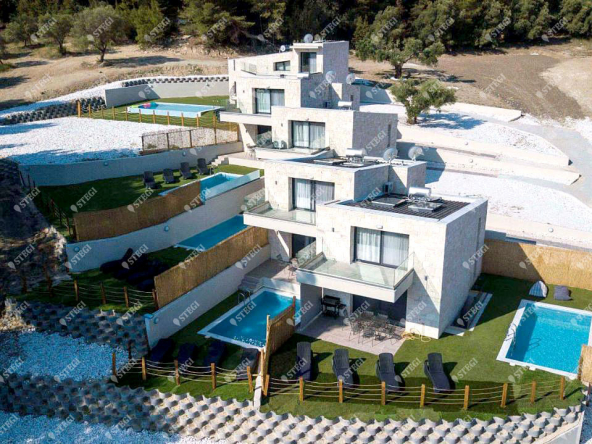 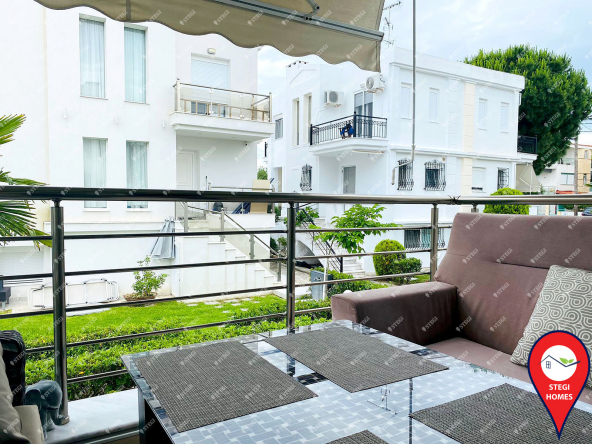 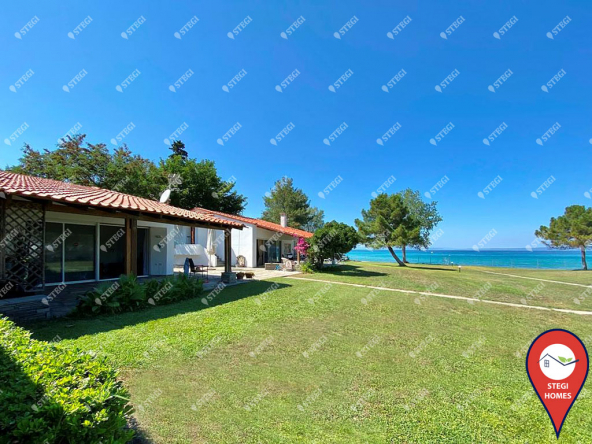